Skip to: Our current system excludes farmers’ varieties: Lessons from the farmer seed enterprises of the SD=HS project 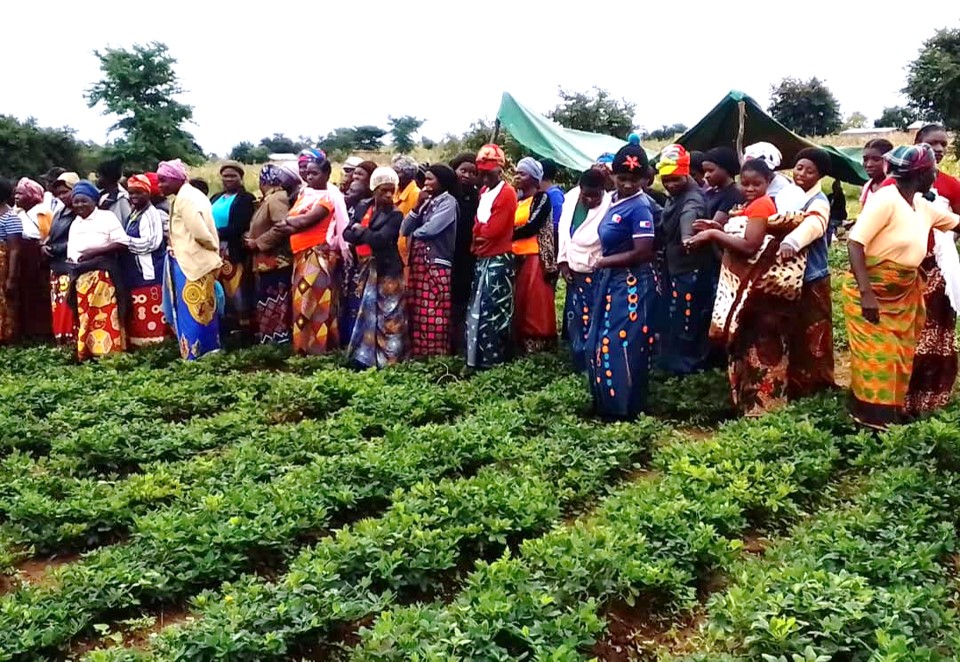 Farmer Field Schools (FFS) in Shibuyunji and Chikankata district were established as FFS to participate in managing diversity based on participatory plant breeding. In 2021, some FFS were identified as successful and  transitioned to participate in the farmer seed enterprise component of the SD=HS program. The learning and results based on participatory variety selection across the project sites indicates that farmer varieties are often superior than hybrid varieties when evaluated against the traits desired by farmers. Although yield is a major trait in crops, it is not the only trait that farmers consider in plant varieties. This kind of participatory research reveals that farmers prefer these varieties for their food production, nutrition and adaptation to changes in climate. Farmers have indicated interest to explore the full potential of farmer varieties to include commercialization. This exploration is however in conflict with current seed laws in Zambia.

The current state of affairs of seed laws in Zambia.

Over the years, especially with the introduction of industrial agriculture and its formal seed systems, farmer varieties have been suppressed and their quantities in communities reduced or lost due to a narrowed production scale. These findings have been very clear from the FFS diversity wheels of crops and varieties. The policy frameworks on seed development, release and certification, including government programs have greatly contributed negatively to the extent to which farmer varieties have been developed and utilized.

In Zambia, the seed development and commercialization processes follow laws and regulations that are enshrined in the Plant Variety and Seeds Act of 1998 (Seed Act) and the Plant Breeders’ Act of 2007 (PBR Act). The seed act prescribes a mandatory plant variety registration system. For any variety to be listed on the variety registration system the variety must meet the criteria of being distinct, uniform and stable (DUS). The act also considers variety registration of lower classes of seed through the Quality Declared Seed (QDS) system. Nevertheless, the QDS system still requires that for seed to be registered it must meet the DUS qualification system. Only varieties that are registered and conform to these criteria can be considered as seed and therefore commercialized. The Seed Control and Certification institute (SCCI) is mandated to oversee the governance of seed issues in the country thus implementing the seeds act. The Plant Breeders’ Act gives protection to developers (breeders) of seed that meet the requirements of DUS. In addition, it is also required that developed seed demonstrates value for cultivation and use.

Farmer varieties are neither stable, distinct or uniform. They change from time to time. This implies that they cannot be considered as production material (seeds) because they do not conform to the standards set by the existing laws and regulations. In the case of Zambia, and many other countries, there is no alternative law that addresses the management of farmer varieties and protects farmers and their communities for continuously developing and maintaining these varieties. In this regard, the laws governing seed places the control, ownership and use in the hands of scientific researchers as only contributors of the seed sector.

Mercy Shibeleki and her Farmer Field School, Bingo, transitioned from a participatory plant breeding FFS to a seed production and marketing farmer field school. In order to fully participate in the seed production and marketing process, Bingo FFS implemented the guide on seed production and marketing. FFS members were also trained by Seed Control and Certification Institute (SCCI) to ensure that the requirements for seed production were understood and implemented during the production process. Bingo FFS agreed to produce and multiply seed of Go by Red, a popular local variety among the community members. Despite the training from SCCI and following all the production guidelines in their fields, Bingo FFS members could not register the seed they were producing with SCCI, because it was not registered on the national variety register. During the production period, SCCI inspected and visited all farmer field schools that were producing seed of registered varieties, except for the Bingo FFS. This implies that the produce from the farmer field school can only be considered as grain as it is not inspected and certified by SCCI.

Mercy Shibeleki and Bingo FFS hope that in the future the government may consider the farmer varieties for commercialization as seed. She states that they arrived at producing the local variety as seed because they noted that it had a high demand within the community but was not available in desired quantities. “It was also difficult for us to find this variety. We had it in very small quantities and we kept multiplying it.  This ‘maize’ variety tastes very sweet and is not easily attacked by weevils in storage. We thought of multiplying this maize so as to increase quantities to enable access to this variety by other community members. If we have our own seed, we will not be waiting for seed from the Farmer Input Support Programme which sometimes is delivered late. We will not even be waiting for agro-dealers to bring us seed. Even when they bring the seed, it is so expensive for some farmers to afford it. This is why we thought and settled on seed production of the local maize so that maybe in the future it may be considered as seed. This will enable us to often have seed and prepare for the season. If we have seed it will be easy for us to look for synthetic fertilizer. Our local seed does not even require so much synthetic fertilizer. We can even use manure to grow it. This is why our local seed is important.” Mercy said.

A vision for the future for Farmers’ Rights.

Bavis Mushimbwe is a male farmer and FFS facilitator in Shibuyunji district in Zambia. Bavis fully understands and recognizes that the International Treaty on Plant Genetic Resources for Food and Agriculture is an international framework that Zambia is a signatory to. He understands that the Treaty intends to ensure that farmers use their genetic resources without restrictions. That means, farmers can sell, exchange, save and use their plant genetic resources. He is aware that Article 9 of the treaty has provisions that offer these rights to farmers. He reflects that the provisions are in recognition of the contribution that farmers have made and continue to make to maintain crop genetic diversity as a basis for food production and agriculture across the world.

Bavis notes that national governments are responsible for ensuring the implementation of Article 9 of the Treaty on Farmers’ Rights. In order to realize these rights, he appeals to the government not to leave small holder farmers out of the decision-making processes on seed policies. He regrets that Farmers’ Rights are not fully implemented because of the current seed laws and seed business for commercial varieties that do not allow farmers to sell their farmer seed.

In the view of CTDT in Zambia, the implementation of Farmers’ Rights in the future means developing a Parallel National Variety Register that will list farmer varieties which can be regarded for seed production and in the control and ownership of the farmers. A consultative process that included 160 farmers participating in seed banking, seed multiplication and participatory plant breeding activities reviewed that farmers are in support of developing such a register. They think that this will strengthen and promote local seed systems, and thus increase seed availability.

In terms of ownership, farmers were unanimous with the view that varieties had to be communally owned except for varieties that exist in a particular location within the community. With regards to institutional arrangements for management of such a system, farmers were in favor of management by the Zambia Agriculture Research Institute (ZARI) instead of SCCI as this would be in conflict with the laws of SCCI.

You can reach out to Juliet Nangamba, Programs Manager CTDT-Zambia.

SD=HS > > Our current system excludes farmers’ varieties: Lessons from the farmer seed enterprises of the SD=HS project
Back To Top