Skip to: SD=HS in Zimbabwe: an overview 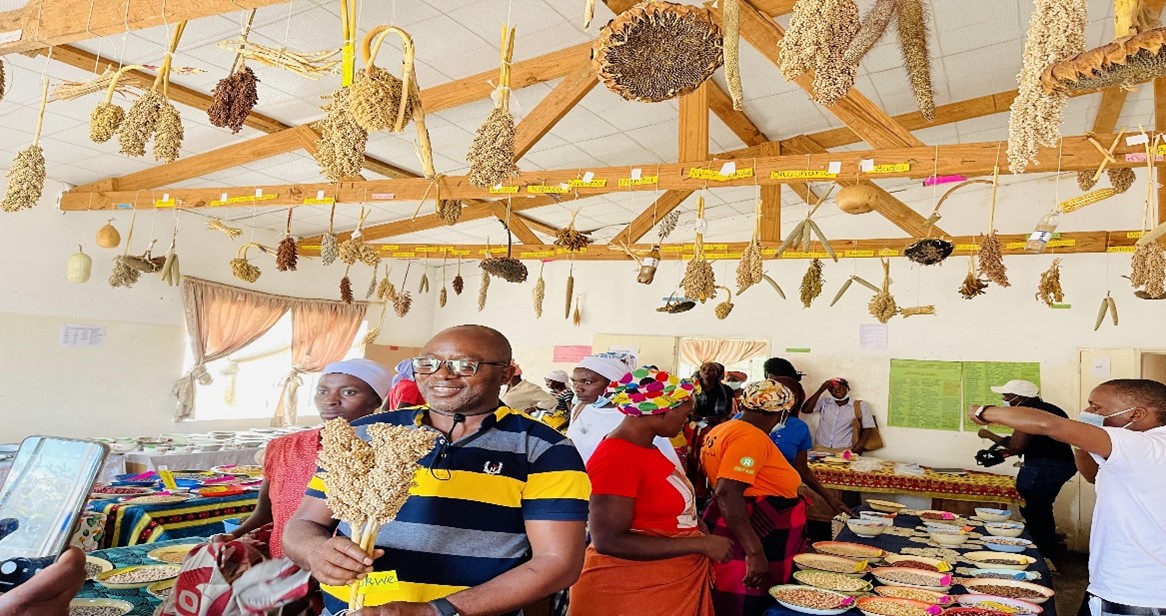 The SDHS project in Zimbabwe has made great strides in improving the livelihoods of smallholder farmers through strengthening the role of smallholder farmer in the utilization of Plant Genetic Resources for Food and Agriculture. This was achieved against the backdrop of political and economic turmoil that the country has been experiencing for decades. The project has managed to increase household seed diversity, improve nutritional knowledge and the utilisation of Neglected and Underutilised Species for household food and nutrition security, raised awareness on Farmers’ Rights and advocate for the registration of farmers’ varieties, as well as facilitating the formation of a vibrant Farmer Seed Enterprise.

Another major achievement of the SD=HS is the establishment of a vibrant Farmer Seed Enterprise: Champion Farmer Seed Cooperative Company which was launched in 2017 in Harare. Over the years, the seed company has managed to produce an average of 200 of metric tons of sorghum, groundnuts, and pearl-millet seed per year with about 700 contracted smallholders’ farmers. All the contracted farmers are trained and registered seed growers.

SD=HS supports 16 Community Seed Banks (CSBs) in Zimbabwe. These have a combined collection of 5000 accessions. CSBs have made enormous contributions in enhancing farmers seeds systems in Zimbabwe. They became a hub of agricultural activities in the communities, a seed market, and an information centre.

The SD=HS programme in Zimbabwe has strengthened the work of CSBs through regular training of CSB committees on record keeping, germplasm collection, gender, and leadership dynamics as well as seed regeneration. In addition, CTDT has developed a digital application that links all the 16 CSBs and facilitate the exchange of information and seeds among farmers in different locations.

The SDHS programme achieved success in Zimbabwe in the face of numerous relentless challenges, such as the unfavorable economic environment characterized by high inflation. Besides, the country has not been spared by climatic hazards that are a result of climate change. Droughts have become more frequent and so are extreme temperature, hail, and excessive rains.

In June 2022, the government announced that the Ministry of Agriculture will establish 5000 Farmer Field Schools across the country. The pronouncement dovetails with our plan for the institutionalisation of the Farmer Field School approach. This represents an opportunity for the SD=HS programme in Zimbabwe to further strengthen and build partnerships with the government departments and take our work to other districts in the country.