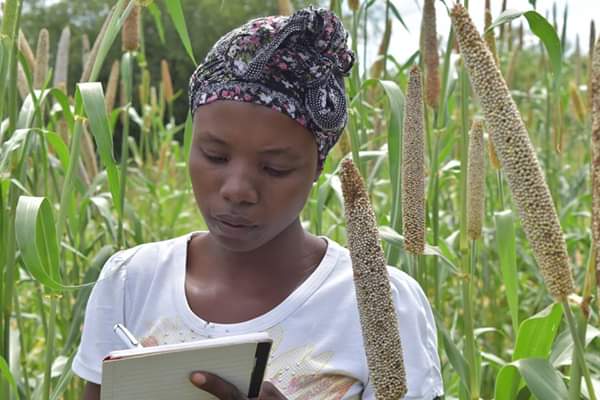 The Seed Production and Marketing component of the SD=HS project in Zimbabwe employed the Farmer Field School model in proving technical capacity to seed growers in the four targeted districts. During the 2021-2022 farming season, a total of 15 Farmer Field Schools (FFSs) adopted seed production and marketing. They are spread in the following disctricts: 8 in Uzumba Maramba Pfungwe, 2 in Murehwa, 2 in Mutoko and 3 in Mudzi, they focused on 3 main crops, namely sorghum, cowpeas, and groundnuts.

The FFS model used by the SD=HS project is spreading agronomic information and technical expertise to other farmers that do not take part in FFSs in the targeted districts. In total, 386 seed growers adopted seed production and marketing approaches, with 55 of the participants identifying themselves as youths. Through the 15 FFSs, the seed production and marketing efforts reached a total of 1,733 farmers who were not involved in the FFS. They gained seed production knowledge through several initiatives, including field days.

In Mudzi district, 47 farmers in FFSs reached 660 smallholder farmers. In Murehwa district, 45 FFS members reached 225 non-members. While in Uzumba Maramba Pfungwe district 616 non-FFS members were reached by 247 FFS members as shown in the figure below.

How seed production and marketing contribute to livelihoods diversification

SD=HS > > Zimbabwe end of season evaluation
Back To Top