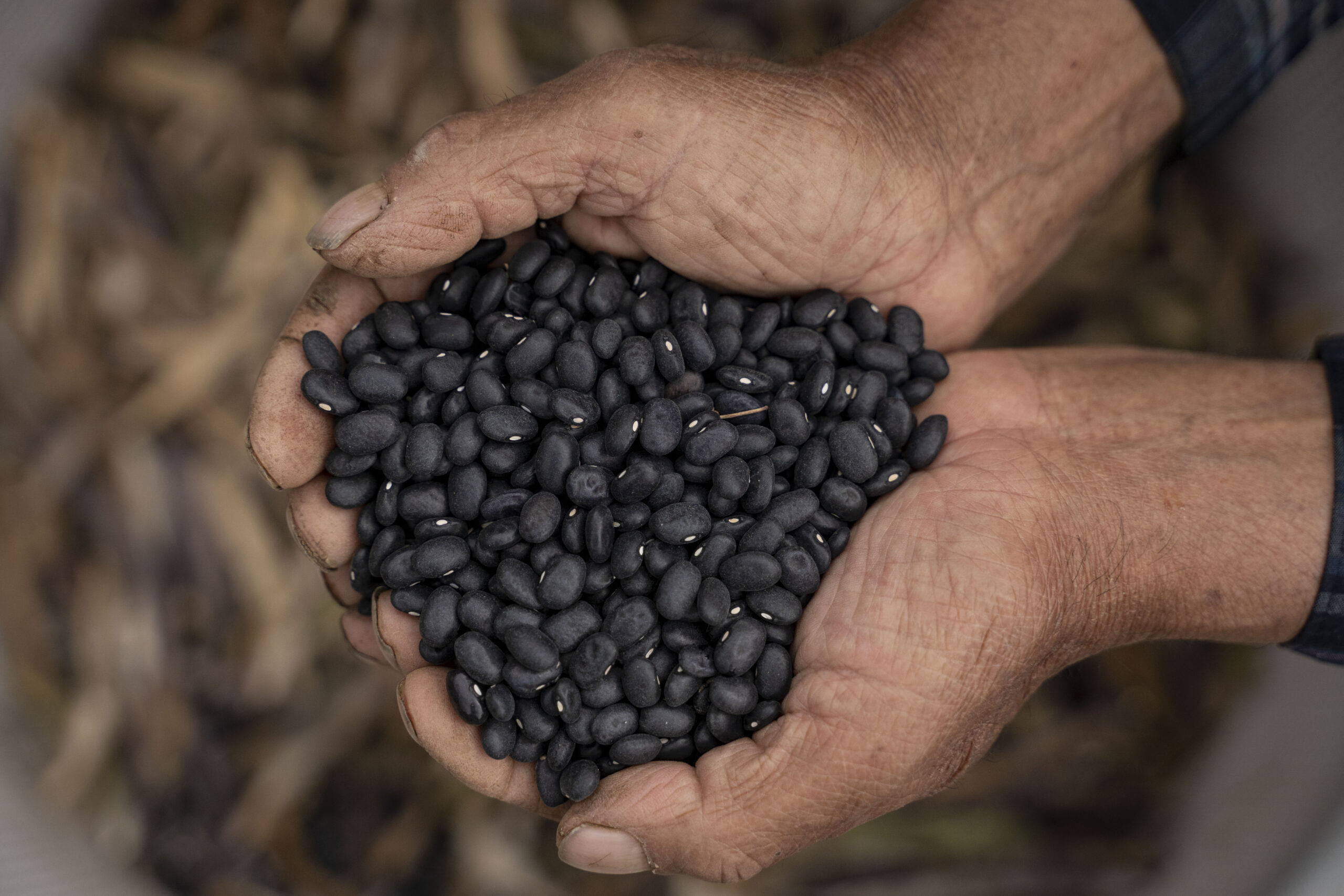 With the 27th climate summit just behind us, and the 15th biodiversity summit ahead – and with the first SeedNL Annual Event happening on November 30th in Amsterdam – it is a timely moment to reflect on the state of the world’s global public goods, like the climate, biodiversity, and nature. And to look at how agriculture – including plant breeding – is both being impacted by the climate crisis, as well as at how it needs to transform to lower its carbon footprint and halt the genetic erosion in crops and the broader decline of species. The world’s 475 million smallholder farmers are usually seen as mere victims of these global crises but could well hold the key to both successful climate adaptation and biodiversity conservation. Unfortunately, these farmers’ voices are largely absent in these events.

According to FAO, since the 1900s, some 75 percent of plant genetic diversity has been lost as farmers worldwide have left their local varieties and landraces for genetically uniform, high-yielding varieties. A worrying trend, as strengthening agrobiodiversity is known to be an important strategy for farmers to adapt to the adverse effects of climate change, and to increase resilience. A first underlying cause of the decline in agrobiodiversity has been the rise of industrial and Green Revolution agriculture, in which relatively few crop varieties are cultivated in monocultures. A second cause is the globalization of the food system, in which the standardization of market demands and concentration in the food and breeding industry has led to the widespread cultivation of fewer varieties. This has resulted in a more uniform, less diverse offer of food, in a global market in which smallholders usually get marginalized. To revert this trend, world leaders gathering in Montreal to negotiate the new Global Biodiversity Framework (GBF) at the CBD COP15, must prioritize this issue in their discussions. Two elements that should be reflected in the GBF, are a broader recognition of the role smallholder farmers and Indigenous Peoples play in conserving the world’s remaining crop diversity; and a major shift of (public and private) resources that should support the inclusive development of smallholder agriculture.

A recent study by Ricciardi et al (2021) observes that on average, smaller farms have greater crop diversity, harbor greater non-crop biodiversity, and have higher yields per unit area than bigger farms. Despite providing a critical share of the global food supply on comparatively little land in low- and middle-income countries (LMICs), smallholder farmers are oftentimes neglected in development policies and excluded from policy- and decision-making spaces. Improving smallholder adaptative capacities to rapidly changing climatic circumstances has been recognized as one of the main priorities for safeguarding food security in LIMCs. Despite agreements to prioritize the development of the agricultural sector, investments in agriculture lag behind, particularly those in smallholder farming. With food insecurity numbers on the rise due to conflicts, climate change, dependency on long international value chains and food imports; and with food prices skyrocketing in multiple countries, impeding vulnerable communities’ access to affordable food, it is of utmost importance to ramp up investments in local food production systems. The way to go about it, is to invest in smallholder agriculture, and in the development of markets for local food crops.

Partnerships between farmers, breeders and extension workers offer multiple benefits for all

Through its SD=HS program, Oxfam Novib has been working on empowering farmers to access and develop a more diverse set of well-adapted varieties, and to produce quality seeds of those varieties for the market. Partnerships between farmers, breeders and extension workers make it possible to approach crop breeding in a participatory way, using both locally available genetic resources and modern breeding materials. Smallholder farmer communities have proven to be capable agents in co-developing the varieties they need and prefer. In the west of Nepal, for example, farmers needed less than three years to dramatically improve their local Jorayal rice variety, which is tolerant to blast and submergence after harvest – both occurring more frequently with the changing climate. In Laos, farmer-breeder collaboration has led to the development of four new varieties of rice and waxy corn, in which the traits of local landraces (taste, disease resistance) are combined with the yielding ability of modern breeding lines.

Including smallholder farmers as equal partners in – and not mere consumers of – research and development processes in plant breeding, can have multiple benefits for all actors involved. For cash-strapped National Agricultural Research Centers (NARCs) it can reduce the time and resources required to develop and market a new variety. Breeders benefit since selection efforts are shared with many farmers and disease screening is ‘automatic’ (in farmers’ fields the exposure to diseases is continuous), multi-location testing is performed through the network of farmers involved, and the adoption of PPB (Participatory Plant breeding) varieties is virtually guaranteed since the selected varieties will have proven utility in farmers’ fields and kitchens. Smallholder farmers benefit as they can now be recognized for their breeding activities, whereas their preferred varieties are further improved. The seeds they produce of officially released varieties can be certified, which increases the prices these farmers can fetch, while other farmers benefit from improved access to quality seed of a bigger diversity of well-adapted varieties.

For PPB to be successful, all actors need to invest time to build mutual understanding, capacities and trust, and regulatory frameworks often need adjustment to facilitate the variety release and seed marketing process. Yet, when successful, investments in PPB contribute to multiple of the SDGs, like reducing hunger and poverty, conserving (agro)biodiversity and promoting adaptation to climate change. Embracing that potential and intensifying inclusive collaboration with farmer groups to jointly develop new, locally adapted varieties that can help them overcome difficulties like climate change and malfunctioning markets, is a step Dutch and European public and private actors should dare to take more. Considering the challenges we are facing, and to strengthen local food security and halt further (agro)biodiversity loss, it is of critical importance to rethink development models, and to start adopting more inclusive and participatory approaches to seed sector development. Approaches that put the expertise and agency of farmers center stage and that take the use and conservation of (local) crop diversity as a starting point. To avoid losing the remaining 25% of plant genetic diversity, we must step up our collective game and intensify collaboration across sectors – acknowledging farmers as equal partners in breeding and development. Re-orienting part of the efforts supported by SeedNL in this direction would constitute an important first step.

This article was published on the Netherlands Food Partnership website.

SD=HS > Uncategorized > Many hands make better seeds
Back To Top