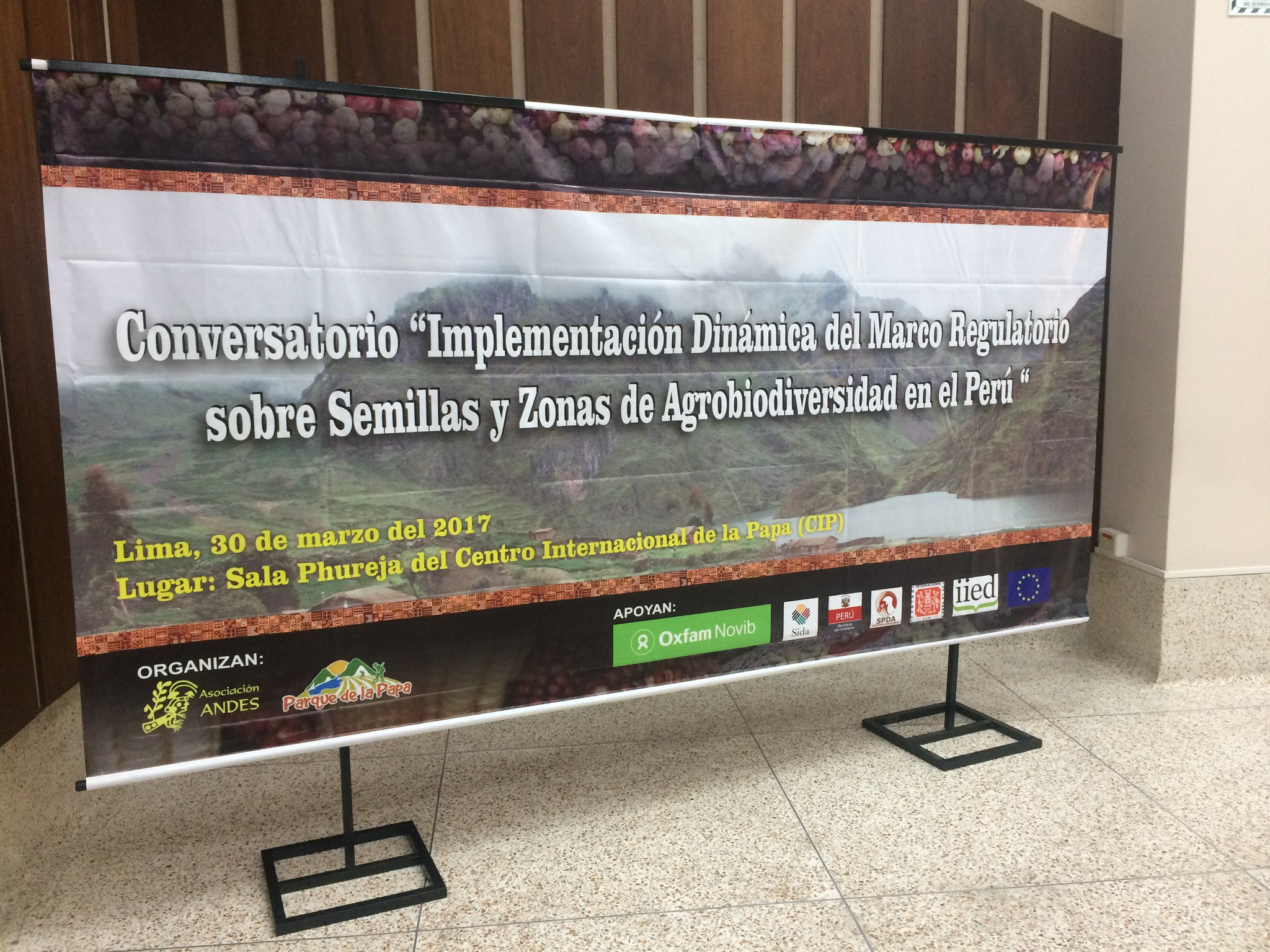 On Thursday, 30th of March 2017 SD=HS partner Asociación ANDES held a multi-sector Dialogue on the joint implementation of the regulations of agro-biodiversity zones and the national Peruvian seed laws, as well as the articulation of life plans and bio-cultural protocols to these laws.

This multi-stakeholder dialogue brought together a good number of policy makers and experts from public institutions, including the Ministry of the Environment, the Ministry of Agriculture, the National Seed Authority (INIA), representatives from Regional Governments, Civil Society organizations and community groups. The Dialogue produced important results for the SD=HS work in the Potato Park and Lares:

The Ministry of Agriculture (MINAGRI), the Regional Governement of Cusco (GORE-Cusco), the Association of Communities of the Potato Park and ANDES are joining efforts to establish a joint venture, under a public-private partnership scheme, to produce high quality bio-fortified seeds to respond to nutritional needs of Peruvian children. The Potato Park will be in charge of seed production.

2. National Commission for the Implementation of Article 11 of the Seed Law regulation

The National Seed Authority has requested ANDES to consider taking a role as Authority for the Certification of Seed Production by communities and smallholder farmers. This is an interesting proposal which includes training communities in seed production; ANDES will explore to take the proposal on in partnership with the Potato Park.