Skip to: ‘Number of plant patents increasing around the globe’ 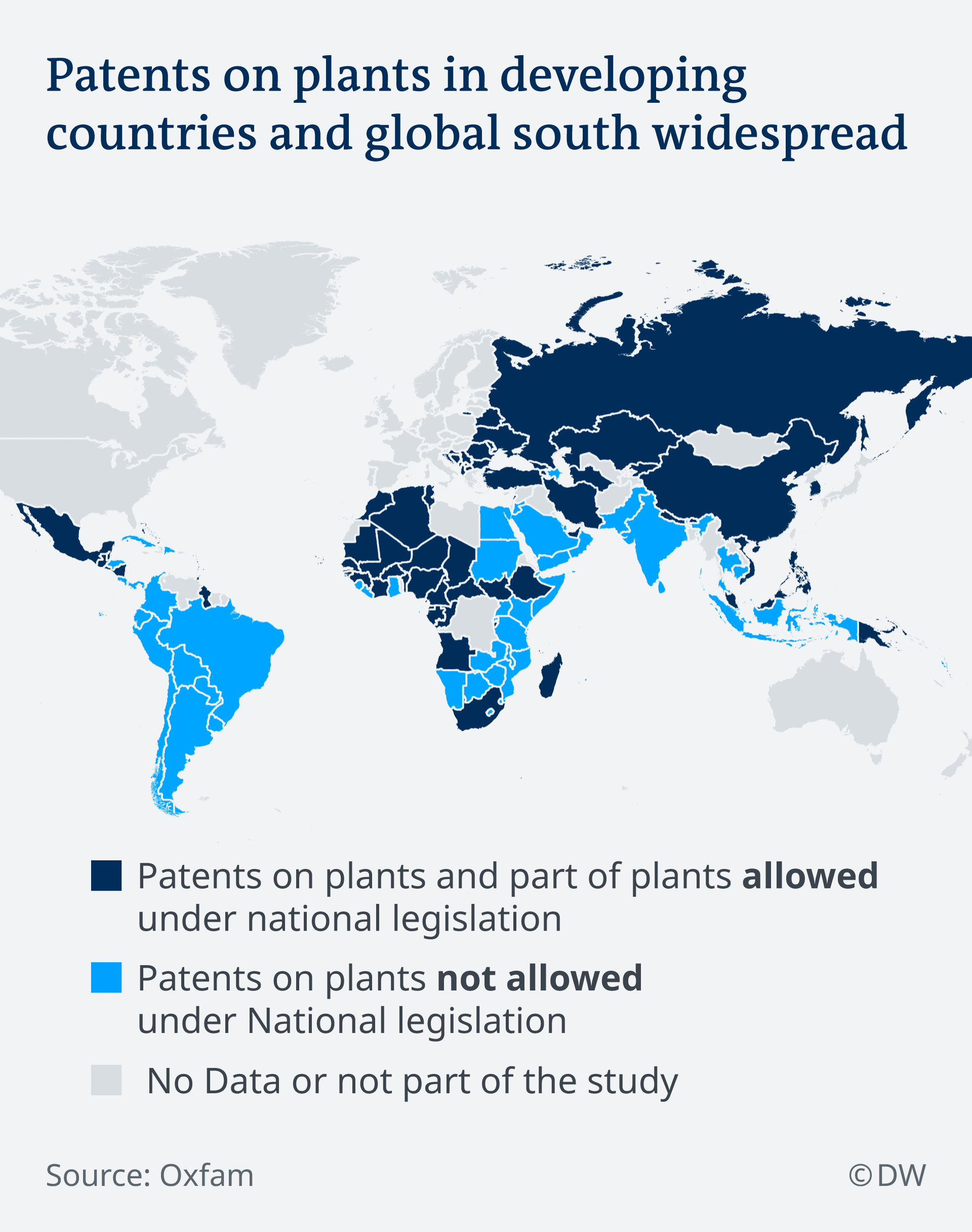 ‘Patents on plants: Is the sellout of genes a threat to farmers and global food security?’ wonders Die Welle’s Tim Schauenberg in this article.

Among others, Schauenberg quotes SD=HS’ policy advisor Bram de Jonge, also co-author of the research report on the ‘Status of patenting plants in the Global South‘:

Bram de Jonge from Oxfam Netherlands argues the growing number of plant patents and increasing consolidation in the seed industry threaten farmers’ rights as outlined by the UN to store, use, exchange and sell seeds or crops from their own harvest. “This is something that is not just happening in the US or Europe, it’s happening around the globe,” said de Jonge. “Who will decide in the future what lands in the fields? It will be the big corporations,” de Jonge told DW. “Patents were actually created to protect human inventions like a radio or a cellphone, but not for living material.”

The UN report “The right to food” has also raised concerns about food security caused by “the oligopolistic structure of the input providers” warning that it could also cause food prices to increase and deprive the poorest of food. A further concern is who owns the seeds and who produces the food. According to the NGO Germanwatch, most of the seed producing industry comes from the Global North, but 90% of biological resources (agricultural products, natural materials come) from the Global South.

While patenting laws remain more restrictive in the Global South, an Oxfam Study shows that big global players appear to be finding loopholes.