Skip to: How can UPOV make exceptions for smallholder farmers to freely use farm-saved seeds of protected varieties? An update 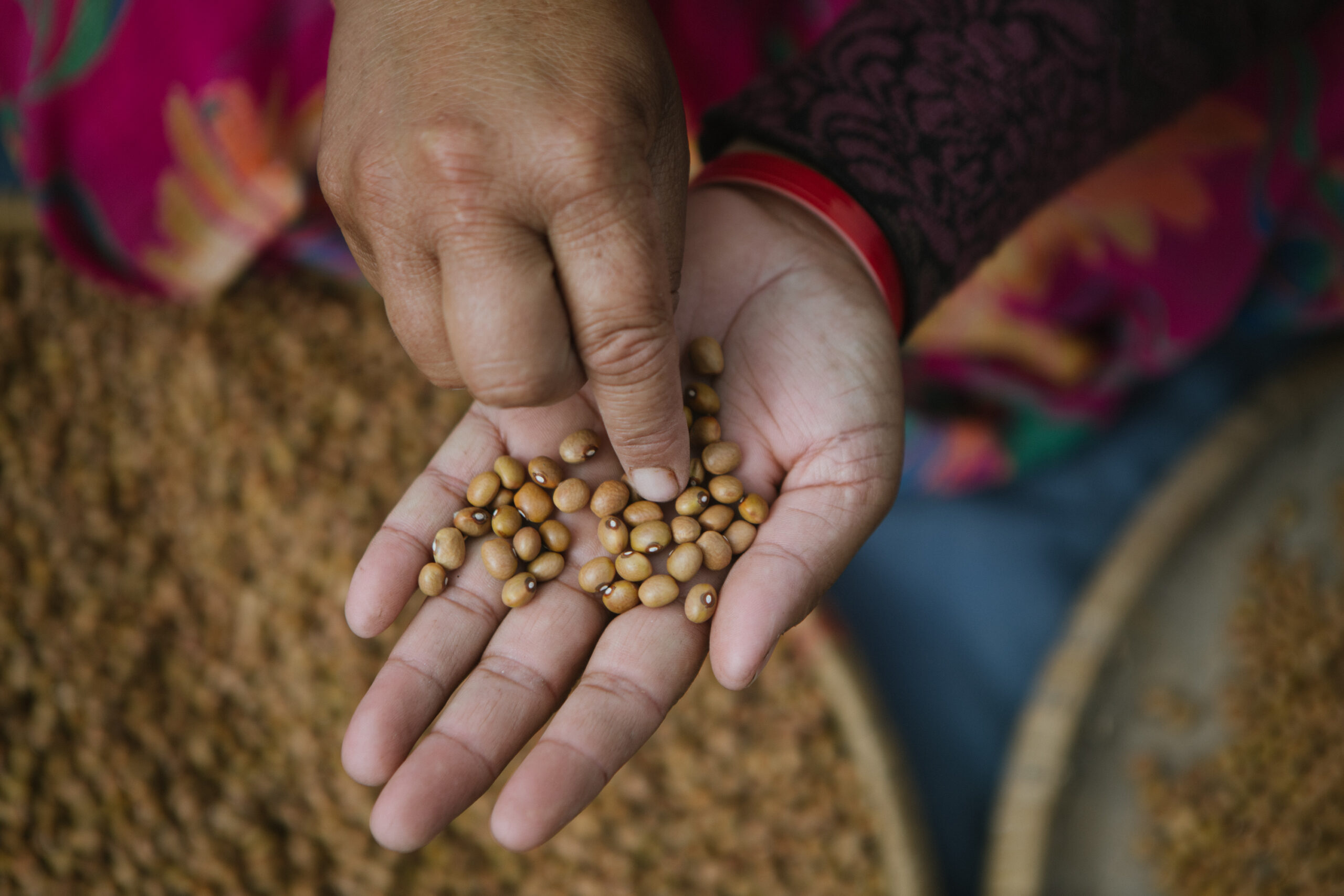 On 28th of October, the UPOV Council decided to continue with the “Working Group on Guidance Concerning Smallholder Farmers in Relation to Private and Non-Commercial Use” in 2023. This working group was established after years of lobbying by Oxfam and our collaborative work with the Dutch and European breeding industry. Our goal: to create legal space for smallholder farmers to use, exchange and sell farm-saved seed of protected varieties under the UPOV Convention.

What is the issue?

The International Union for the Protection of New Varieties of Plants (UPOV) provides breeders of new plant varieties the possibility to acquire a so-called Plant Breeder’s Right (PBRs) over that new variety. PBRs are intellectual property rights that give the holder an exclusive right over the use of their creation for a certain period of time. The rationale is that since plant breeding is a long and expensive process while plant varieties may be easily reproduced, breeders need protection to recover investments and encourage further plant breeding.

The UPOV Convention was established in 1961 and its latest version stems from 1991. The organization now has 78 members, made up of countries and a few grouping of regions. Multiple member countries members count a large proportion of smallholder farmers in their population, who have always managed and adapted their agro-diversity in the face of changing conditions by preserving, exchanging, and adapting seed for their food and nutrition security. The tradition of using, exchanging, and selling farm-saved seed forms the basis of Farmers’ Rights as enshrined in the the FAO Treaty.

Yet, in case a plant breeders’ right is granted, the authorization of the plant breeder is required for various uses including the production or multiplication and sales of the protected variety. This nullifies the right of farmers to save, use, exchange and sell farm-saved seed where protected varieties are concerned, and it makes farmers who do so prone to prosecution. Smallholder farmers may want to try a new PBR-protected variety but may not be able to afford or access new seed from agro-dealers for each cropping season, or they may acquire seeds from the local market and not know whether the variety they obtain is protected or not. This may create concerns about the freedom to operate with farm-saved seeds, while millions of smallholder farmers still depend on the use and exchange of farm-saved seed for their seed and food security, and for some extra income derived from the sale of surplus seed on a local market. By prohibiting for these practices with varieties protected by plant breeder’s rights, smallholder farmers can be criminalized and blocks their main channel to access new varieties produced by the formal sector.

What was done so far?

Oxfam published a position paper on the matter, which was presented during the “Symposium on Possible Interrelations between the International Treaty on Plant Genetic Resources for Food and Agriculture (ITPGRFA) and the International Convention for the Protection of New Varieties of Plants (UPOV Convention)” in 2016. One of the four recommendations in this position paper is to broaden the interpretation of UPOV’s private and non-commercial use exemption (i.e. Article 15.1.i of the UPOV 1991 Convention) in order to allow and support smallholder farmers the full enjoyment of their right to save, exchange and sell farm-saved seed, including seed of protected varieties. After the symposium, Oxfam teamed up with the Dutch and European breeding associations (Plantum and Euroseeds) who by and large shared our viewpoints. With support of the Dutch government, a project was started to increase clarity and, where possible, find common grounds on the scope of the ‘private and non- commercial use’ exception in the UPOV 1991 Convention amongst key stakeholders. Over the last four years, many meetings were held with representatives from governments, the private seed sector, farmers organizations, civil society organizations, international organizations as well as individual farmers and researchers in order to gather maximum input and outreach (see report here). This resulted in the development of a flowchart answering the question “When can an activity with self-produced seed be considered to fall within the private and non-commercial use exception?” The objective of the developed flowchart is to establish more clarity for both farmers and breeders, and to create legal space for smallholder farmers by requesting the UPOV Council to incorporate the flowchart in its FAQs and “Explanatory Note on Exceptions to the Breeder’s Right under the 1991 Act of the UPOV Convention”.

How did UPOV respond?

Several UPOV members, and the UPOV secretariat, were initially skeptical about the project and reluctant to start official discussions based on its outputs. This situation gradually improved and in 2021 the Working Group on Guidance Concerning Smallholder Farmers in Relation to Private and Non-Commercial Use was established. The working group met (digitally) twice in 2022 to discuss the proposed flowchart. This led to the exchange of viewpoints amongst member countries and observers but not yet on any further steps. Due to strong opposition of some member states, the whole initiative could have been stopped during the UPOV Council in October. Japan repeated its position that the sale of seeds by small farmers cannot be covered by the exception for private and non-commercial use and proposed the termination of the working group. This was supported by the Seed Association of the Americas, whose representative added that the exception should neither cover the exchange of seeds by small farmers. These parties basically fear that the proposed flowchart may create a potential loophole in the UPOV system and undermine the breeders’ rights. Other voices, such as those from the EU, however, voiced their support for the process and argued that UPOV’s reputation is at stake and therefore a solution needs to be found. Canada spoke in favour of a balanced solution and the continuation of the Working Group (you can find a report of the meeting here).

Conclusion: Working Group to be continued

The UPOV Council eventually decided to extend the Working Group’s mandate to allow it to finish the work, and to provide guidance on the drafting of a revision of the Explanatory Notes on Exceptions to the Breeder’s Right. This is good news, however, given the current opposition it remains to be seen whether the working group will be able to reach a successful outcome that creates legal space for smallholder farmers that occasionally use, exchange or locally trade seed of a protected variety. We will continue to explain both the practical need for, and moral justification of, creating this space for smallholder farmers within the UPOV Convention. We will keep you updated.

SD=HS > Uncategorized > How can UPOV make exceptions for smallholder farmers to freely use farm-saved seeds of protected varieties? An update
Back To Top