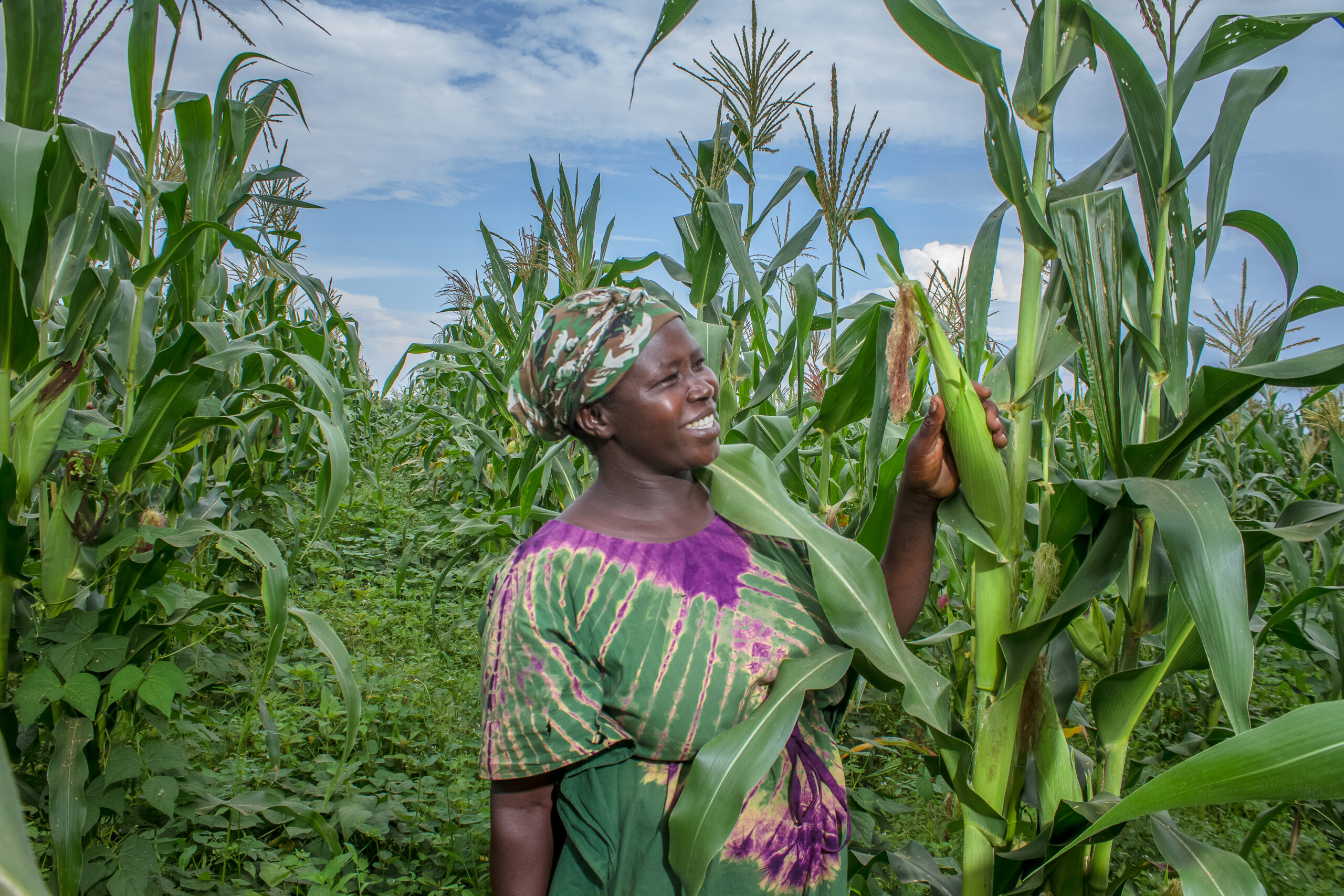 This blog has been translated from Swedish, the original version can be found on Sida’s website.

In northern Uganda, Sida is supporting small-scale farmers who are building seed banks made of local plants that were almost lost. This protects biodiversity. For farmer and facilitator, Hellen Akello, the project has boosted both her confidence and her income.

Local food crops are being grown again
Three out of four Ugandans make their living from farming. Among women, the figure is even higher. Three years ago, farmer Hellen Akello started holding meetings at Ecuenos Farmer Field Schools – an initiative supported by Sida through Oxfam Novib. Farmer Field Schools are a key part of the Sowing Diversity = Harvesting Security (SD=HS) programme.

When farmers grow more varieties of crops, they reduce the risk of crop failure; especially if crops differ in harvesting times, tolerance to weather, soil and irrigation conditions. A diversity in crops also increases biodiversity. In northern Uganda, there are 480 Farmer Field Schools, engaging over 70,000 smallholder farmers.

At the Ecuenos Farmer Field School, Hellen Akello holds weekly meetings, they share experiences, evaluate the ongoing work and the past growing season. They organize seed and food fairs, collaborate with government and private institutions and partner with research institutes. The group processes seeds that are exchanged and sold, grown and saved for the next season. Knowledge about productive and resilient agriculture is shared and grows among communities.

“Now we grow many different kinds of crops, which supports the local biodiversity“
Hellen Akello, Farmer and facilitator at Ecuenos Farmer Field School

The farming landscape of northern Uganda now includes local food crops that had almost disappeared. These are crops that have been cultivated for a long time, are more durable and resilient to climate change.

“The local food plants disappeared because they didn’t produce as fast and there was no market for them” says Hellen Akello. Now demand has increased.

“Local knowledge is as valuable as scientific research. Farmers already know this. Their knowledge is invaluable. Their needs and preference for plant characteristics may differ from what companies and the research community prioritize” says Catalina von Hildebrand.

Agriculture depends on rainfall, which in recent years has become increasingly difficult to predict. Rainfall is now irregular, with torrential downpours and longer dry spells.
“This season it has rained much less and it has been like that for the last few years” says Hellen Akello.

We women are more resilient
Female food producers often have a greater understanding of local ecosystems and greater knowledge of wild foods, compared to male producers, says Hellen Akello. But older women’s solid knowledge of cultivated crops is well documented. Women grow several different types of crops, while men often focus on one variety that pays more. Despite this, laws and land rights frameworks favour men, who in practice are more likely to have legal rights to the land they cultivate and farm.

Men have a tendency to quit if they do not see quick results. We women are more persistent and have more patience” says Hellen Akello. As a result, more women than men participate in Farmer Field Schools on local food plants.

A human rights issue
Putting the voices of smallholder farmers and indigenous peoples at the centre of agricultural policy and research is a matter of basic human rights.

“The people whose lives are most affected by climate change and biodiversity loss must have a voice in the policies that address these challenges” says Catalina von Hildebrand of Oxfam Novib.

“It has made a big difference. The knowledge I have gained has empowered me.”
Hellen Akello, Farmer and facilitator at Ecuenos Farmer Field School

Just as important as voices in politics is the critical knowledge farmers bring to the table about diverse and living seed systems. No solutions related to climate change and biodiversity loss are complete without them

“It has made a big difference. The knowledge I have gained has empowered me. Now I dare to stand in front of people and talk, which I didn’t do before” concludes Hellen Akello.

About the programme
Sowing Diversity = Harvesting Security (SD=HS)
Partner Organisation
Oxfam Novib
Goal
Ensure that indigenous peoples and smallholders can exercise their rights. Ensure that they have access to seeds to develop and use, improving access to nutritious food, while promoting biodiversity.
Support from Sida
190 million over the period 2019 – 2022 (new phase under discussion). Sida has supported the programme since its inception in 2014.

EXAMPLES OF WHAT IS BEING DONE
> Making use of farmers’ knowledge
The combination of local and scientific knowledge ensures that farmers have access to, can improve and use good quality seeds that provide nutritious food. This is crucial for adapting agriculture to climate change and counter biodiversity loss.
> Farmer Field Schools
Groups of farmers get together to share experiences and learn more. They improve seeds that are exchanged between each other, build up seed banks and increase income.
>Strengthening farmers’ rights
Influencing and improving laws and regulations for seed systems and strengthening farmers’ rights.

SOME PROGRESS
> Local crops are saved
Local, more resilient crops that have been lost are recovered in seed banks and used again. Farmer Field Schools in Uganda promote a total of 86 local food crops.
>Increasing biodiversity
When farmers grow more varieties of crops, the risk of crop failure is reduced while biodiversity is increased. Local crops are often more resilient to climate change.
>Challenging negative gender norms
Discussions on gender roles and youth engagement are part of Farmer Field Schools. It brings about positive changes both in households and at the community level.