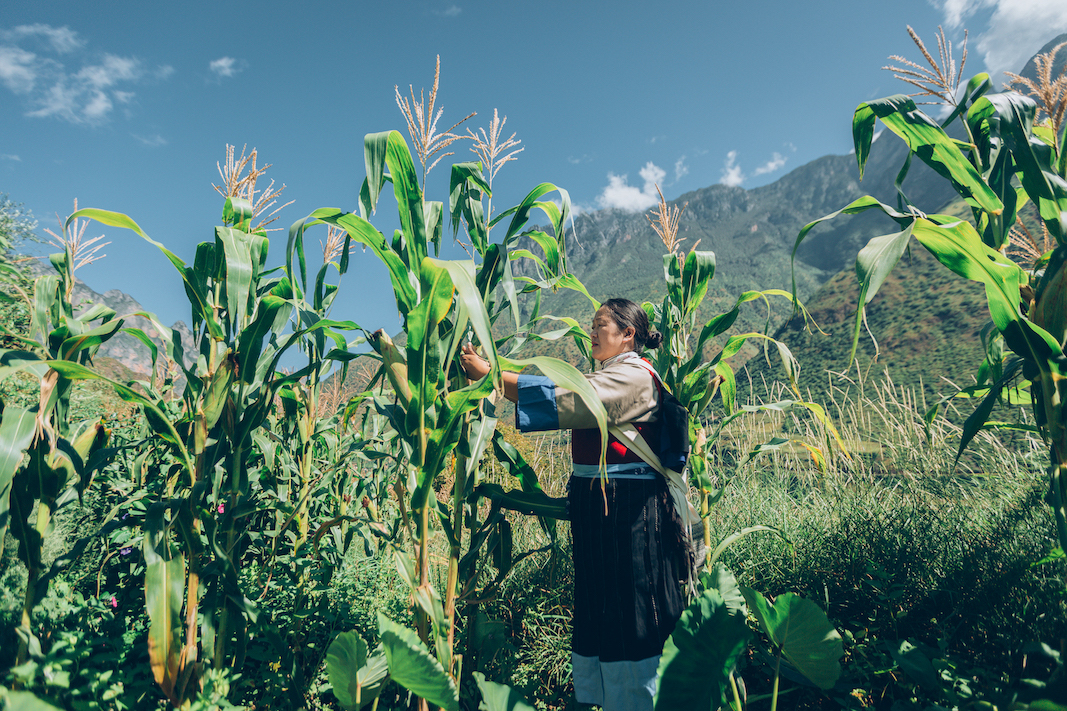 Despite the country’s huge size, China’s 240 million small farmers have an average landholding of only 0.6 ha – China has 9% of the world’s arable land, but 22% of its population. Rapid economic growth has created problems for many farmers with pollution of air, water and soil, and loss of biodiversity.

Growing public concerns about food safety and the environment are creating more demand for healthy and diverse foods. Local seed systems can help meet this demand – and cope with the impacts of climate change, which include rising temperatures, droughts, and incidence of pests. China has strong recent examples of rural development policies and participatory community-based approaches to draw on.

Women, elderly people and children comprise most of China’s rural poor, as many of the working-age men have migrated to cities for employment.

Women comprise 60% of the agricultural labor force, but the gender income disparity in rural areas is widening. Especially in remote mountainous areas, women farmers have limited access to the resources, markets and technical services they need to cope with the impacts of climate change. Use of pesticides is having a negative impact on people’s health and environment.

The project will benefit around 10,000 smallholder farmers – of whom 75% will be women and 15% youth – in mountainous and climate change-affected areas, with high rates of poverty but also rich biocultural knowledge.

The project will work on maize, rice, soy bean, millet, potato, and vegetables in 30 pilot communities in southwestern, southeastern and northern China. Using the Farmer Field School approach, we will build the capacity of smallholders – especially women – to improve their food security and livelihoods.

The project’s gender-sensitive design will support women’s empowerment at community level. We will build on our existing model of engaging youth in building organic seed enterprises.

Working with existing women-led seed groups and associations, we will link the formal and farmers’ seeds systems including by piloting farmer seed enterprises in different kinds of crop and agro-ecosystem.

We will strengthen the capacities of smallholder farmers and indigenous people to influence policies on Farmers’ Rights and plant genetic resources, and work towards the effective implementation of the existing law protecting farmers’ seed rights.

About our partners CCAP and FSN

Centre for Chinese Agricultural Policy (CCAP) has over 20 years’ experience in participatory plant breeding, agro-ecological food production and policy development, and established the Farmers’ Seeds Network – an action research network at grassroots level and an influential policy network with scientists and researchers. For example, CCAP-CAS and the Farmers’ Seeds Network influenced the recent revision of the seed law in favor of small farmers’ rights to save, exchange and sell seed.

Farmers’ Seed Network (FSN) was founded in 2013, established on the basis of Participatory Action Research works of the CCAP-CAS, the Chinese Academy of Agricultural Sciences and the Maize Research Institute of the Guangxi Academy of Agricultural Sciences in the Southwest China. FSN has worked in over 40 rural communities in 10 provinces across the country to preserve protected commons of the farmers and plant breeders, support community-based seed conservation and sustainable utilization, and facilitate productive collaborations between farmers and plant scientists for strengthening farmers’ seed systems, improving farmers’ livelihoods, enhancing farmers’ dignity, and promoting national seed security.