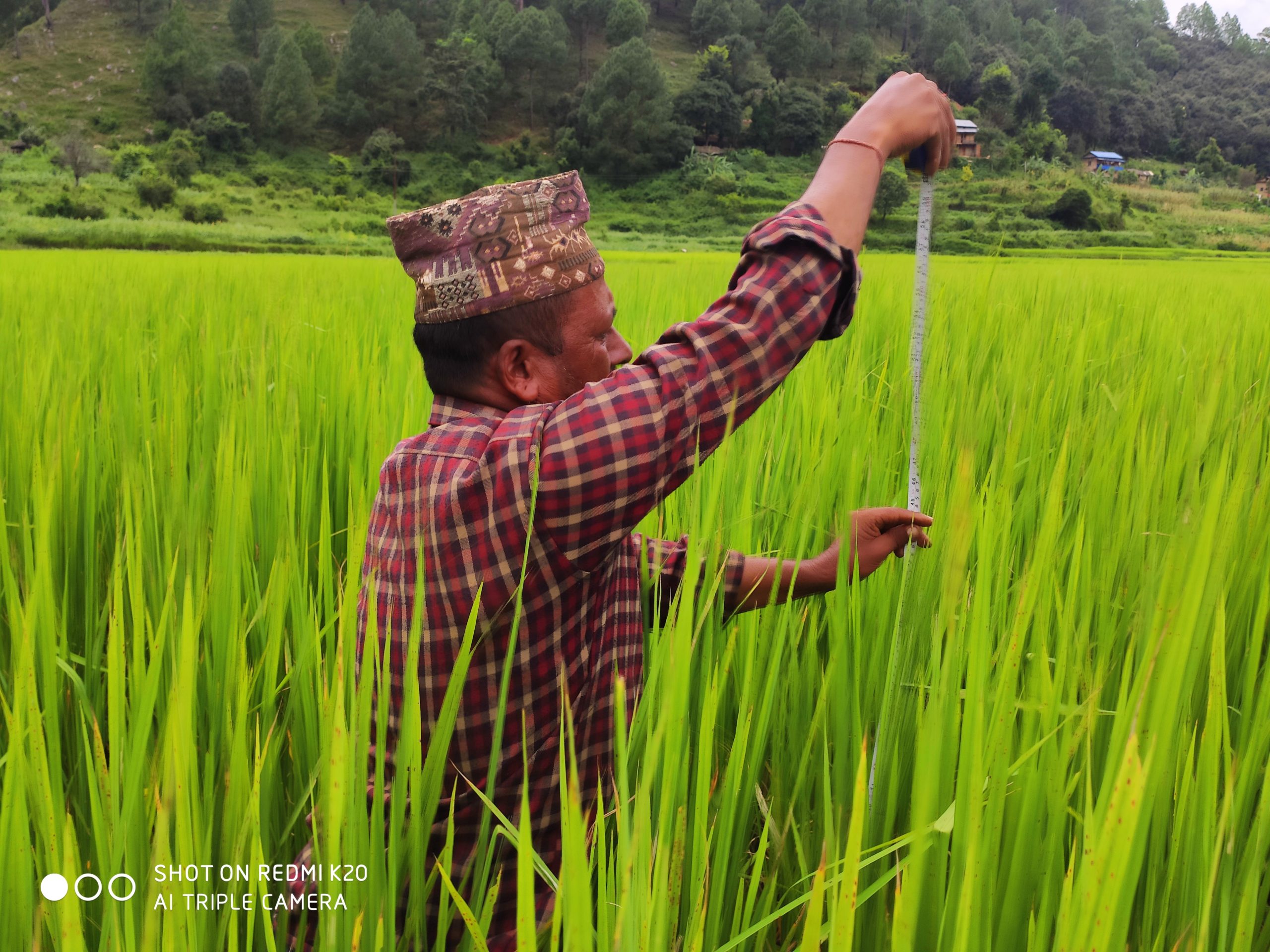 Agriculture accounts for almost a third of Nepal’s GDP and employs 65% of its population, but the country’s agrobiodiversity is diminishing at an alarming rate.

Rice is the main crop grown in the rainy season, while wheat, lentils, and other legumes are grown in winter and maize in summer. Most indigenous farmers grow local traditional varieties of lentil.

Nepal has policies that support farmers’ seed systems, but these are not well translated into development plans and programs. Formal agricultural research and extension services tend to overlook climate-resilient local crops, even though more than 85% of the seeds used by farmers are local.

Food insecurity and extreme poverty is compounded by the impacts of climate change. Two of the four project districts – Kailali and Kanchapur – are on flat land, prone to floods; the other two, Dadeldhura and Doti, are in the Churia hills, and have frequent droughts.

The project aims to benefit 42,500 households, with women – who play an important role in farming and in the local seed system – comprising at least 60% of beneficiaries.

The main target groups are the indigenous Tharu community in the flat lands and Magar and Dalit in the hills, as they are especially food insecure and vulnerable to climate change. All four project districts suffer from food shortages, with poverty rates reaching 43% in Dadeldhura compared to the 21% national average. Most households have at least one young member who migrates for seasonal work.

The project primarily targets the farmers who will participate in Field Farmer School trainings, seed production and policy dialogues. We will also work with at least 25 researchers from national research programs, as well as policy makers, opinion leaders, local governments and farmers’ networks.

Our objective in Nepal is to improve food and nutrition security by enhancing the capacity of smallholders – including women and indigenous groups – to access, develop and market seeds of climate-resilient crops and varieties. We will work to improve the range of varieties available for rice, lentils and maize by evaluating in Farmer Field Schools their potential to enhance climate change adaptation and crop productivity.

To improve access to these varieties, we will develop a unique model of farmer seed enterprise with member-based seed production, collective marketing, and linkages to community seed banks and the national gene bank. We will also work to increase the availability of planting materials for neglected and underutilized species such as amaranth, taro, yam and gitah, and promote innovative methods for their propagation and distribution.

As the government of Nepal develops new laws relating to agrobiodiversity and farmers’ rights, we will build the capacity of policymakers and help smallholder farmers to participate in policy discussions.

Local Initiatives for Biodiversity, Research and Development (LI-BIRD) is recognized in Nepal and globally for its Community-Based Biodiversity Management approach to plant genetic resources, training farmers and strengthening local seed systems. Together with partners it has developed varieties of rice and maize using participatory approaches, established community seed banks across the country conserving thousands of local varieties of crops, and enhanced varieties of neglected species.