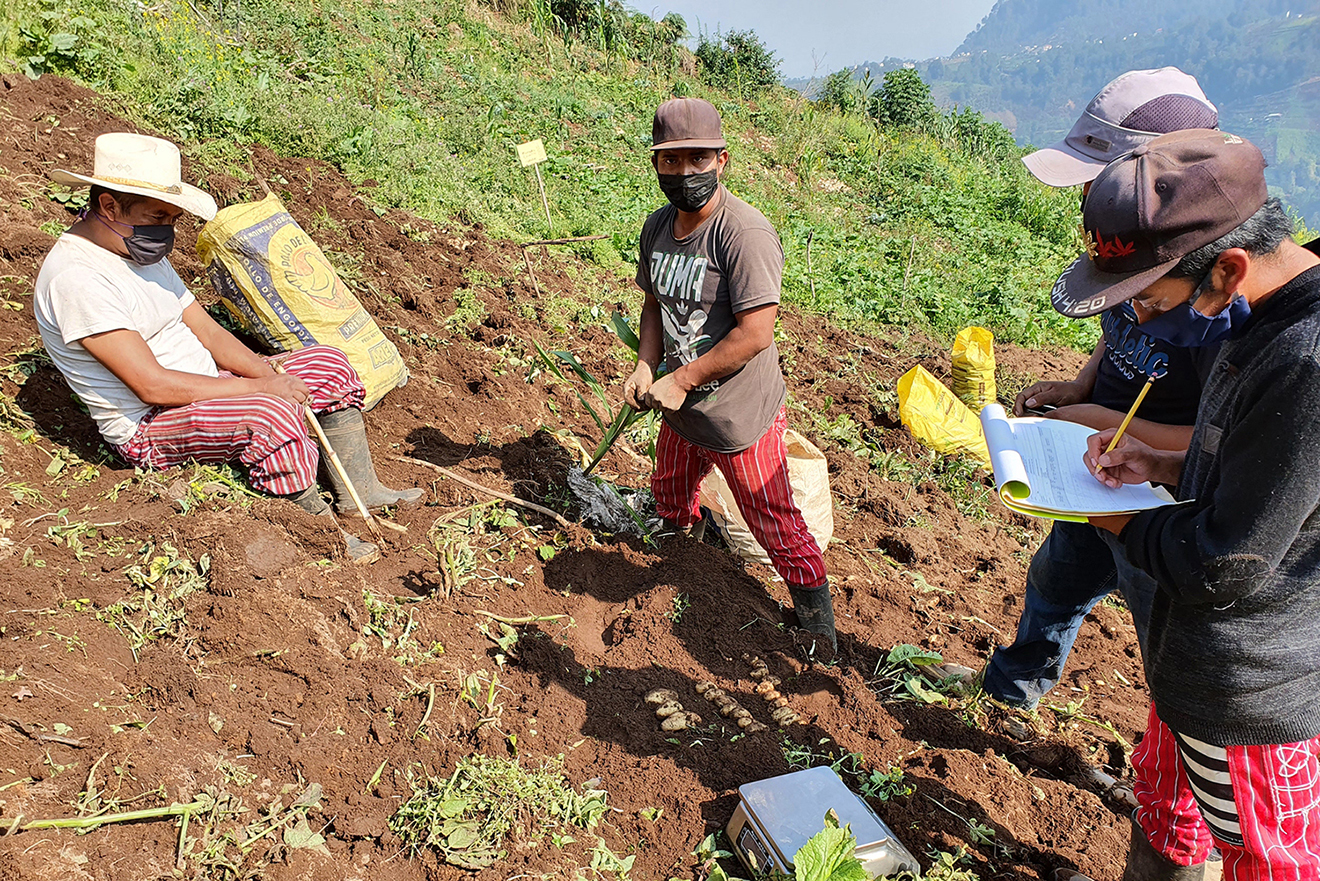 More than half of the country’s agricultural land is used for export crops including coffee, cardamom, sugar cane, rubber and African palm. On the rest, smallholder farmers grow maize, beans, rice and vegetables. They receive little support from public agricultural institutions, and are struggling to cope with the increase in storms and droughts caused by climate change.

These farmers mainly cultivate maize, beans, potatoes, coffee, vegetables and sheep, on small plots averaging 0.53 hectares. This amount of land is enough to feed a household with maize for about six months and beans for four months, so they need also to purchase maize and beans.

The communities in which the project works experience gender, social, economic and political inequalities. Men occupy most of the decision-making spaces and own most of the land and means of production. Women face the burden of unpaid care work along with activities such as herding sheep, raising poultry and keeping the kitchen garden. Young people often migrate in search of economic opportunities.

Our country objective in Guatemala is that indigenous peoples and smallholder farmers – especially women and young people – can access and use plant genetic resources to establish sustainable food systems that are resilient to climate change and improve their food and nutrition security. The focus is on maize, beans and potatoes.

Agrobiodiversity fairs will support local people to rediscover forgotten traditional knowledge about nutritious local plants that they can grow in kitchen gardens.

The project will work with policymakers to advocate for women’s strategic interests, seed regulations that acknowledge the role of indigenous people, and the agricultural extension system in Guatemala to support smallholder farmers more effectively.

It has over 10 years’ experience in areas such as building the capacity of farmers in developing plant genetic resources, establishing community seed banks and linking them to the national germplasm bank, promoting kitchen gardens with diverse native species of herbs and vegetables, training in farmers’ rights, and advocating for public policies that promote farmers’ rights and local seed systems.

SD=HS > > Guatemala
Back To Top