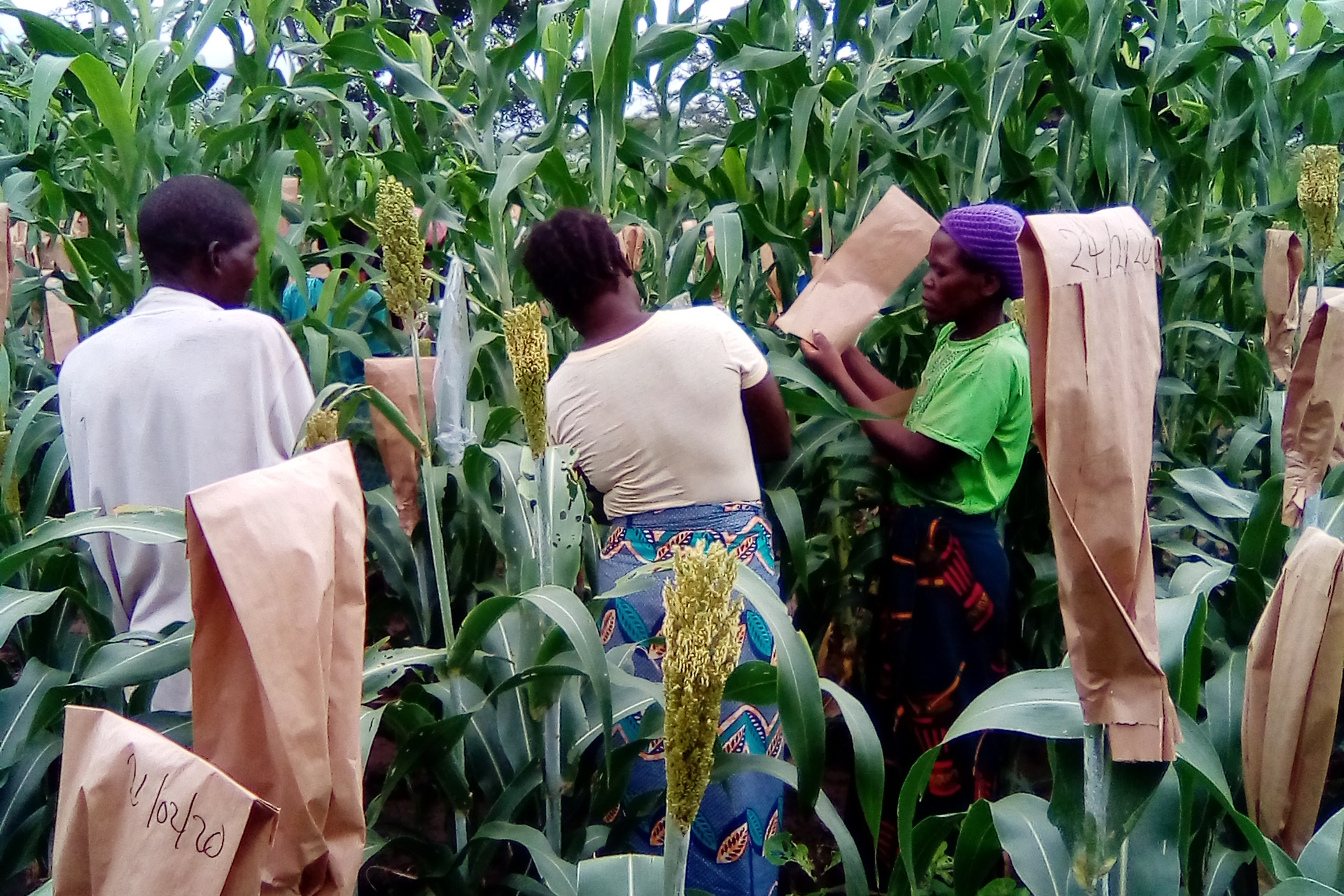 Zambia has a mature seed industry, which exports over 60,000 metric tons of seed – mainly maize – each year. But prioritizing high-yielding hybrid seed varieties has eroded local seed varieties that could be critical for food security and adapting to climate change.

While diverse seed is held in the national gene bank, it is costly to access for farmers who live far from the capital city.

Zambia is feeling the effects of climate change, from late onset of rains to persistent dry spells during the rainy season and more frequent and extreme floods and droughts. The project will be implemented in regions which lie between 300 and 900 meters above sea level and receive an annual rainfall of between 600 and 800 mm.

Maize is the staple crop. Sorghum and millet are more nutritious alternatives, but they are grown less widely than they used to be. Stunting affects around three in ten children.

A combination of poor yields and poor access to markets mean the poverty rate among smallholders is as high as 76%. Most rural communities in Zambia are aware of locally available plant genetic resources, but lack the knowledge and skills to improve them and use them to adapt to climate change.

Traditionally men play the key role in decisions on household production and income. They own more land, while women bear a disproportionate amount of care responsibilities. Women tend to focus on household food security while men focus more on cash crops. Youth, like women, have limited access to land and these groups are deliberately targeted by the project while also implementing gender awareness programmes. Smallholder farmers struggle to access extension services, with each extension officer serving over 600 households.

The project aims to benefit 12,000 smallholder farmer households in four districts – Chirundu, Chikakanta, Shibuyunji and Rufunsa– with more than half the beneficiaries being women and targeting 10% youth. There will also be an estimated 84,000 indirect beneficiaries.

We aim to build the resilience of farming communities by developing and improving their access to local seed varieties that enable them to adapt to climate change and improve household food and nutrition security. The project will establish new Farmer Field Schools and develop training materialstobuild farmers’ capacity in improving seeds.

We will train farmers in seed production and marketing enterprise thereby providing an opportunity to increase both crop production and incomes, and reduce poverty. We will build on opportunities presented by the growing demand for sorghum, millet and traditional vegetables  and the government’s new policy of encouraging the production of legumes for household nutrition.

We will address gender inequalities through participatory approaches and by engaging traditional leaders as champions to improve women’s access to productive resources. We will engage youth in seed enterprises, from packaging to branding and marketing, distribution, and business development.

Finally, we will support smallholders to engage in policy discussions and improve knowledge among policy makers on farmers’ rights and farmer-led seed systems.

About are partners CTDT and ZAAB