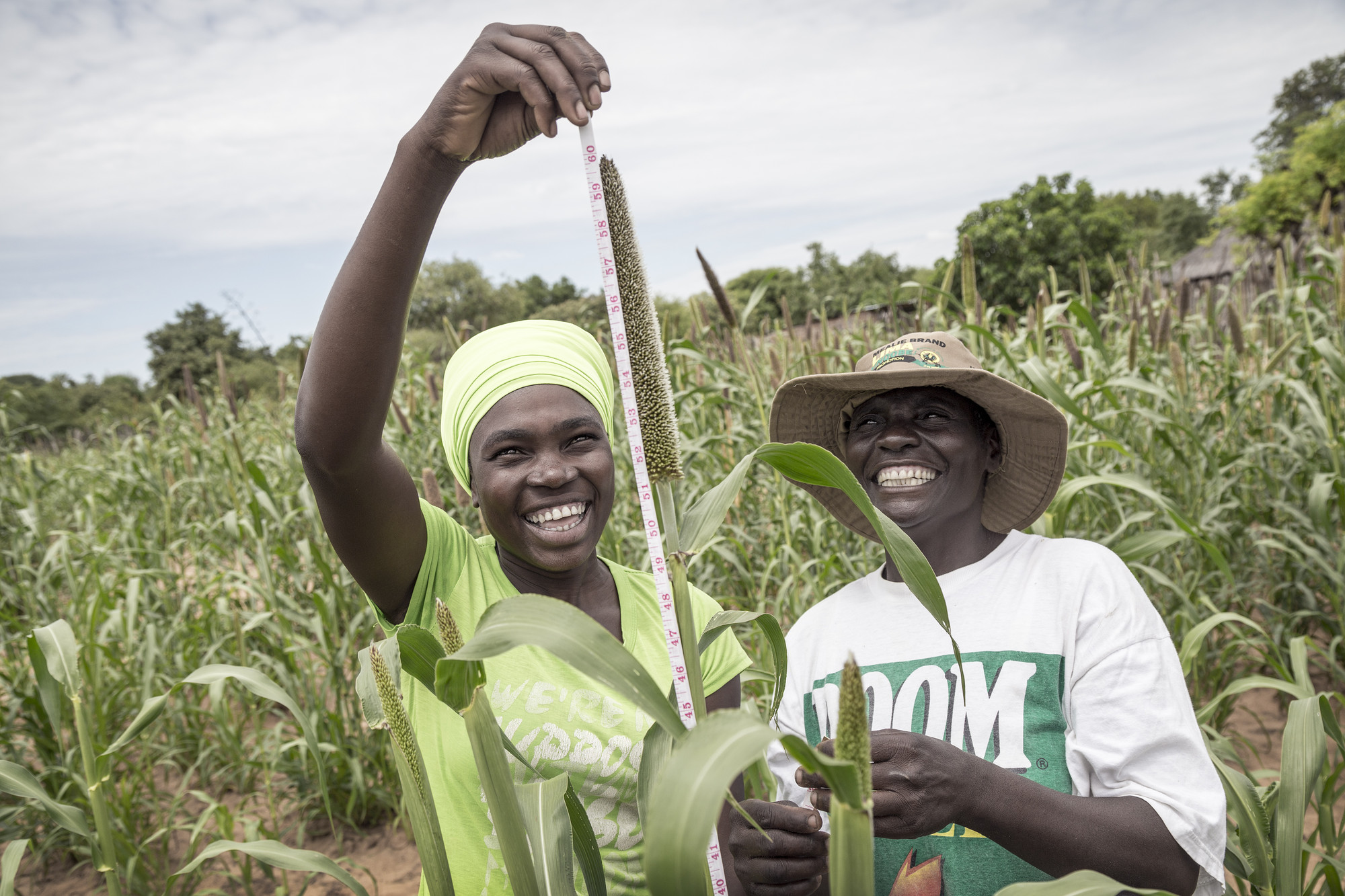 The performance of Zimbabwe’s agricultural sector has been declining for over two decades, for reasons including the increasing costs of inputs, degradation of land, biodiversity loss and climate change.

The project will be implemented in five districts which were prone to droughts even before the climate started to change, usually experiencing less than 500mm of rainfall each year.

Research and extension services in Zimbabwe do not sufficiently promote ecologically sustainable, economically viable and culturally sensitive farming practices. Despite the huge potential of the country’s land, a significant number of people continue to depend on food handouts from the government and donor agencies.

The youth unemployment rate in Zimbabwe is over 80%, and interest is growing among youth in training to gain skills in agriculture. While the market for hybrid maize is well developed, there are opportunities to develop the market for crops such as sorghum, pearl millet, groundnuts and cowpeas.

The main target group is smallholder farmers, including youth and people affected by HIV and AIDS and disability. The project aims to benefit 20,000 people directly and 225,000 indirectly, among whom 60% are women.

Although women constitute the majority of smallholder farmers, they have limited access to land, agricultural technology and credit. Elderly women in particular are repositories of indigenous knowledge on selecting, developing and conserving seeds, especially of local food species that can contribute to biodiversity and household dietary diversity – in most households, such varieties are cultivated by women, often on less fertile pieces of land.

The project’s direct beneficiaries will include participants in training at Farmer Field Schools, seed growers contracted by the enterprise Champion Seeds, members of community seed banks, and farmers participating in field days and seed fairs. Indirect beneficiaries include buyers of Champion Seeds products and household members who will have increased food, nutrition and income security.

Working with breeders from research institutes and community seed banks, we will scale up the achievements of the program’s first phase in improving the livelihoods and resilience of indigenous and farming communities by supporting them to access plant genetic resources for food and nutrition security, climate change adaptation and disaster management.

We will train smallholders and enhance their market access to high-quality, diverse seeds that meet local needs, while improving the status of women and youths as seed producers and distributors.

We aim to build the capacity of the rural poor to cope with hunger periods by making better use of local plants: many species are nutritious but neglected as knowledge is lacking on how to use them, and seed is unavailable.

To help create a policy and institutional environment conducive to the implementation of Farmers’ Rights and local farmers’ seed systems, we will conduct workshops and awareness-raising meetings on policy development.

In implementing the first phase of the project, Community Technology Development Trust (CTDT) established over 400 Farmer Field Schools, developed training manuals and field guides, helped to establish Champion Seeds – a cooperative company in which 899 smallholder farmers are shareholders, and which produced 145 tons of seed in its first season – and drafted a bill on Farmers’ Rights on behalf of the government.

SD=HS > > Zimbabwe
Back To Top