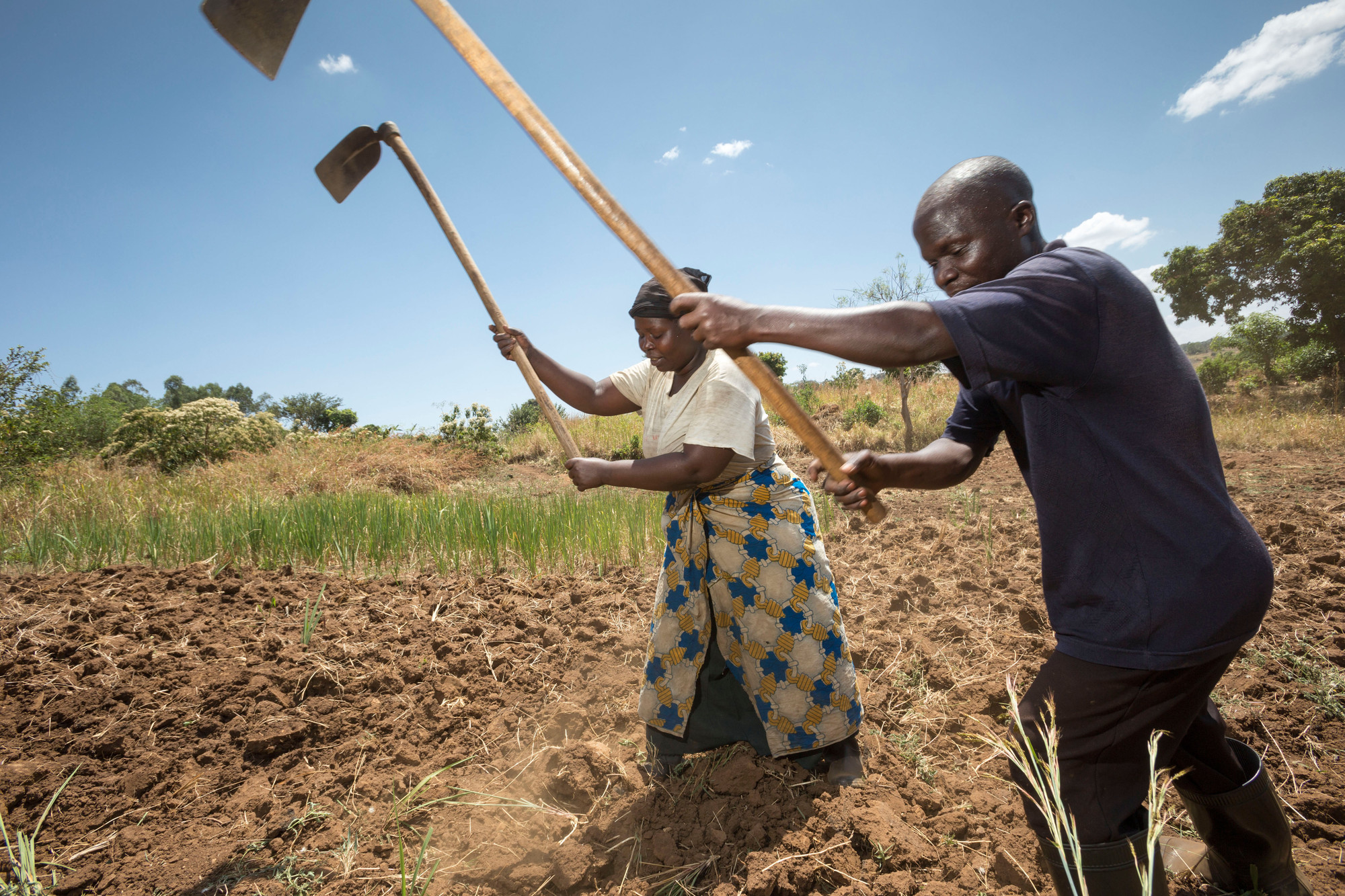 Agriculture contributes almost a quarter of Uganda’s GDP and employs over three-quarters of its population, including more women than men. Poverty and inequality are widespread in rural areas.

The country’s rich biodiversity is increasingly threatened by charcoal burning, illegal cutting of trees for timber, and loss of land to urbanization.

Climate change is dramatically affecting Uganda’s seed and food security. Agriculture in the country is predominantly rainfed, and rainfall is increasingly uneven: the onset of the rainy season is becoming less predictable, and there are more heavy rainfall events and longer dry periods.

Uganda’s laws on seed are relatively friendly to farmers’ seeds systems: about 80% of the seed market is informal, even though the government invests more in the formal sector. However, seeds are often poor quality as the regulatory environment is weak and applies only to a limited range of crops.

The project will be implemented in nine districts in north of the country – Amuria, Amuru, Gulu, Omoro, Kitgum, Nebbi, Soroti, Serere, and Zombo – which have experience with the Farmer Field School approach, but not with using this approach on the theme of plant genetic resources.

We aim to reach around 72,000 beneficiaries through 480 Farmer Field Schools, including 60% women and youth – many of whom are migrating to urban areas in search of work.

Women food producers tend to have a better understanding than their male counterparts of the local ecosystem and wild food sources. They use their land to grow a more diverse range of crops, while men tend to be more focused on economically valuable crops. The system of land ownership favors men, however, and the knowledge of elderly women, in particular, on local crops is not well documented.

We will work on eight crops that are valued by local communities: finger millet, sorghum, groundnut, sesame, cassava, sweet potatoes, beans and maize. Using the Farmer Field School methodology, community seed banks, seed fairs and food fairs, and learning visits – and through alliances with relevant governmental and private institutions – we will empower farmers to conserve, develop, exchange and sustainably use diverse plant genetic resources to improve their livelihoods.

Farmer Field Schools will improve awareness about neglected and underutilized local food crops, and we will use art and drama to bridge the knowledge gap between the young and old.

About our partners PELUM and ESAFF

Eastern and Southern Africa Small Scale Farmers’ Forum (ESAFF) and Participatory Ecological Land Use Management (PELUM) have strong experience of working with farmers’ groups and individual farmers, including through organizing food and seed fairs and contributing to policy development. Bioversity International also contributed to drafting the national policy on plant genetic resources, along with the National Plant Genetic Resources Center, and worked with ISSD in Uganda on creating the legal conditions for farmers to engage in local seed businesses.